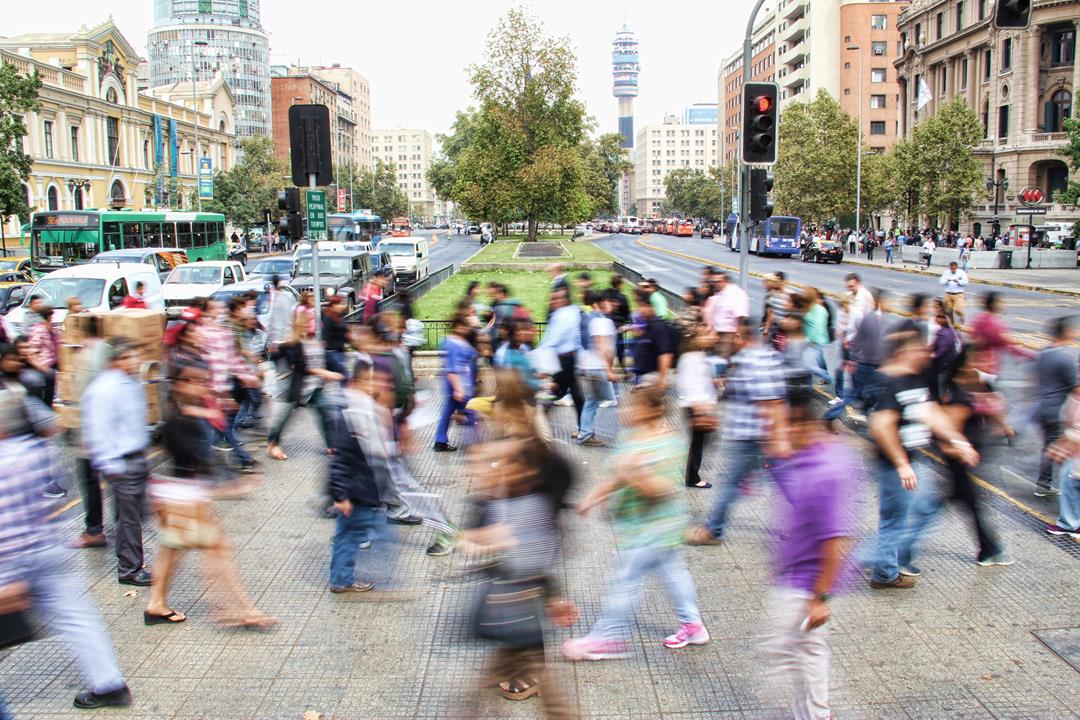 “I had a dream that I was awake and I woke up to find myself asleep.”    -Stan Laurel

A man once went to see a psychic to get some insight into how his life was proceeding—was he following his life plan and doing what he came here to do. After connecting with this man’s spirit guides, the psychic turned to the man and said, “I don’t think you are going to like what they have to say to you.” He responded by saying, “Give it to me straight.” So she did. Your guides say that you need to “Wake the **** up!”

Last year, I was hired to deliver some workshops on resiliency and change management to a large group of managers at a Fortune 500 Company. These managers had recently been told by the new CEO that there was going to be a “restructuring” that would impact not only people on their individual teams, but many of them as well. Attendance at my workshops was made “mandatory” by senior leadership to help insure a smooth transition and keep individual productivity high to the last moment of employment.

As you might expect, many—if not most—of these managers were angry, cynical—or both! The common gripe I kept hearing from each group was that the company was already doing incredibly well, so why would the CEO decide to cut jobs? (Some of the jobs were not actually being “cut,” but they were being relocated.)

I don’t want to get into economic models here, but the above response shows a general lack of awareness about how corporations currently operate. FYI, I’m not saying I agree or disagree with current economic models—or on what grounds.  As the great basketball legend, Karl Malone, was fond of saying to his team mates in times of adversity, “It is what it is. Deal with it.”

During one of the workshops, I was talking about the importance of “being aware” of what was taking place within their teams—both individually and collectively—as the transition moved forward. In response, one of the managers asked me, “How can I ‘REALLY’ be aware of what’s going on within my team?” Now, before you jump all over this response and claim that this person shouldn’t be a manager if they need to ask this question, I’d ask you to pause, and ask yourself how truly aware you are about what’s going on in many areas of your life—including work. The honest answer for most people (including me) is that we lack awareness in many areas of our lives.

At this point, it might be helpful to define awareness. Awareness is knowledge of a situation or fact. To have awareness is to have concern about, and well-informed interest in, a particular situation or development.

Why is it that we human beings lack so much awareness about important things—such as the current state of our individual careers? This is not an easy question to answer, because there are so many factors. Here are just a few of them: beliefs, self image/ego, personality, culture, education, community, friends, skills, and distractions—lots of distractions. Perhaps you can begin to see the complexity of the equations we are dealing with when it comes to creating better personal awareness.

So, how do we increase our personal awareness—in any area? There are certainly many things we can do, but what I’d like to do is share with you the suggestion I gave the workshop participants in response to the manager’s question, “How can I ‘REALLY’ be aware of what’s going on within my team?”

I said to the participants, “Perhaps you attended an elementary school where you were able to walk to school. I did. Early on, first grade I believe, we were given a special presentation on how to safely walk to school. Part of the presentation discussed what we should do before we crossed a street at a crosswalk. I’m sure that many of you know exactly what I’m going to relate next, because you were given the same, timeless advice. Before crossing a street, we were told that you should always “Stop, Look, and Listen.” Why such advice? Well, if you look closely, you’ll realize that it’s a perfect formula for becoming aware of what’s happening in the current moment!”

Stop means that we stop everything we are doing and focus on one thing—“crossing the street” safely.

We humans by nature are always multi-tasking in our brains. To become aware, we need to stop all unrelated activities and “be fully in the moment” by bringing our minds to a focus.

I told the managers that they needed to begin their team analysis by focusing on the current task—analyzing the current state of both the team and the individual team members. I told them to quit multi-tasking and give the analysis the time and brain effort it required—especially when interacting with team members. One of the biggest delusions that managers have is that you can deal with people like you deal with things—with efficiency. This is a fallacy of major proportions. People are individuals. You have to take the time necessary to work with people on “their terms” if you want to be listened to and have real influence with them.

Look means that we observe our surroundings closely. Are there any obstacles that would keep us from “crossing the street” safely such as cars or other vehicles?

We need to use our observational skills—and our individual powers of discernment—to “see” what’s going on around us.

In our world today, this has become a real challenge, because there is an alarming trend in our society. People are not looking at the world around them like they used to, because they are constantly tied to a “screen” of some kind—phone, tablet, laptop, TV, etc.

A Nielsen Company study discovered that the average, American adult spends 10 hours and 39 minutes of every day looking at a screen!

I told the managers that they should carefully—and continually—observe the interactions of their team members and monitor their personal performance for clues of changes in attitude. I made it clear that by “observe” I did not mean spy. That would compromise their credibility with their teams. What I did mean by “observe” was to not only look—but focus to see the details in a situation.

Listen means that we focus our listening sense on our immediate environment. Are there any sounds that would portend danger if we were to proceed in “crossing the street?”

Hearing is not the same as listening. Hearing is the perceiving of sounds. Listening is analyzing those sounds for meaning.

I told the managers that, contrary to popular belief, most people are not good listeners. Think about this for a moment. One of life’s most important skills is communication, and the most important communication skill—by far—is active listening. In spite of these facts, most of us were never formally taught active listening skills K-12! I guess it was (and still is) assumed that we would somehow “pick it up” along the way. What a terrible assumption to make.

The sad fact is that most people do not listen to understand. They simply wait patiently (some don’t even do this) for their turn to “enlighten” the other person.

“Listen to all the conversations of the world, between nations as well as those between individuals; they are, for the most part, Dialogues of the Deaf.”    -Dr. Paul Tournier

The late comedian, Joan Rivers, was a real critic of society’s poor listening skills. To illustrate just how poor they were, she conducted an informal experiment. She was invited to a cocktail party. She decided beforehand that every time she was asked “How are you?” she would respond be saying that she was “dying” and see how people reacted. She wasn’t laughing, when she related that not one person—the entire evening—“listened” to what she said. Each and every person replied with some variety of “That’s tremendous.” or “Good for you.” How pathetic!

I told the workshop participants that the best tool they had for connecting with their team members was active listening. I told them that they should make time for one-on-one meetings with each team member to get their individual perceptions of the “state of things” and ideas on how to improve team morale and performance.

Isn’t it interesting that a catchy little phrase we learned in elementary school can provide such profound advice on how to be “aware” in any situation we might find ourselves in during life. The lesson is clear. If we want to be more aware, we should continually make time to “Stop, Look, and Listen.”

Through his company, Daily Renaissance, Mark offers the following workshops to help managers be more effective: