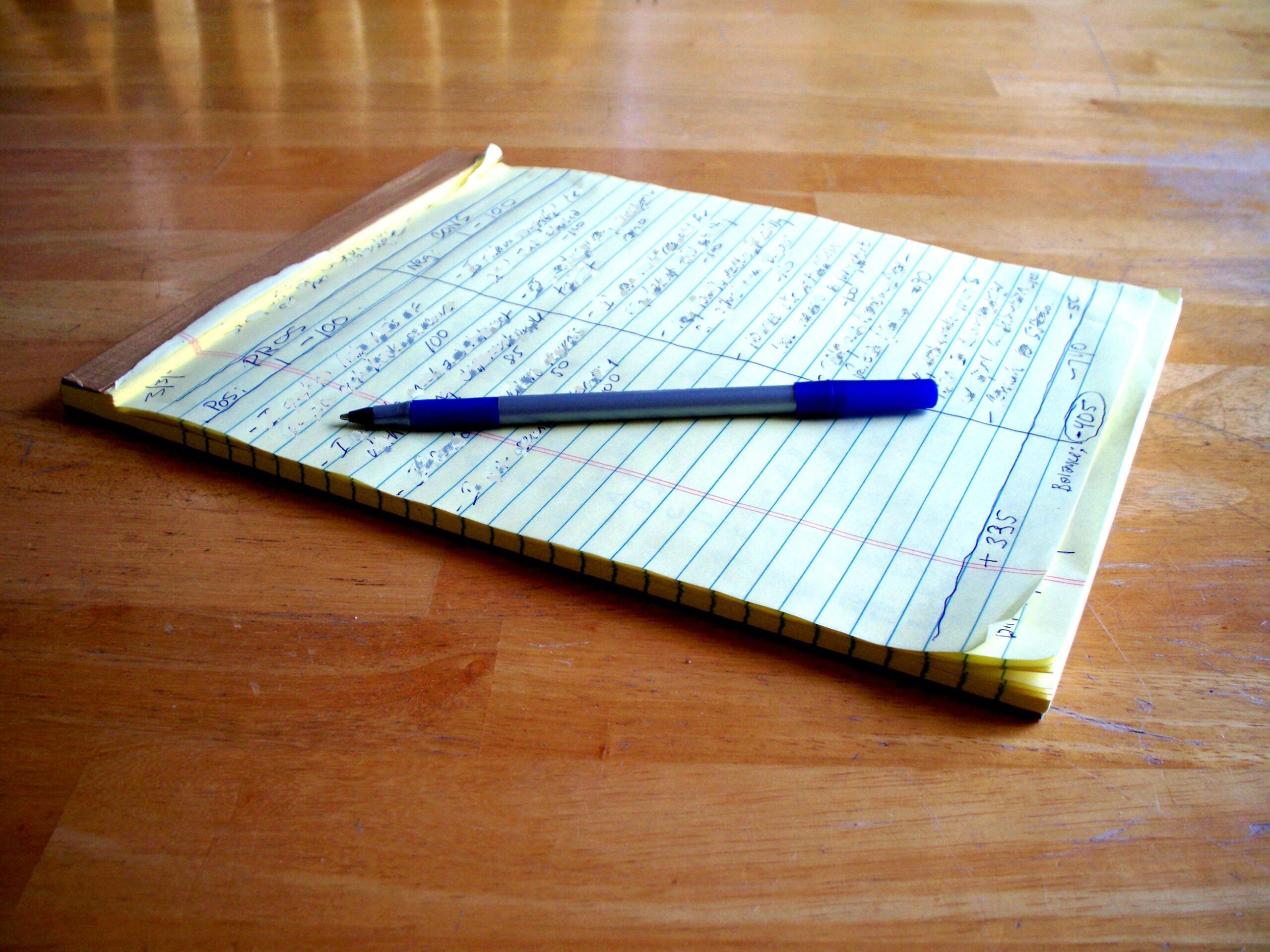 “It’s amazing what incredible results can be achieved with such simple tools.” -Mark Swain

Years ago, I came across an article detailing how top business executives make important decisions. I was initially surprised when I read the results of the survey that was referenced. When faced with important decisions, those who were included in the survey overwhelmingly stated that they relied on their intuition.

I have since come to realize that most people, including me, do the same—we rely on our intuition when in comes to making life’s most important decisions.

That being said, I would like to share something I learned early in my career that has helped me validate my intuitive feelings and allow me to feel more confident in my decision-making abilities.

It all started after I was offered a promotion from sales professional to sales manager. I thanked senior management for their confidence in my abilities, and then I explained to them that I believed my place was in the field working with customers face-to-face to generate business. (Secretly, I wasn’t keen on becoming a “desk jockey.”) I politely turned down their offer.

Immediately after that meeting, I started to feel uneasy. Those feelings continued and increased in intensity until I finally decided to leave the office and take a drive to clear my head. I drove to a favorite rural area and parked my car under a shady tree next to a beautiful meadow.

I took out a yellow pad and a pen and began to write down my thoughts in an effort to, perhaps, get a better handle on where my anxiety was coming from.

As I was writing, it occurred to me that I might get more clarity if I compared the pros and cons of accepting the promotion that had been offered. So, I created a simple t-chart on my pad and began to list all the pros and cons that I could think of that would attend becoming sales manager.

It didn’t take long before I became acutely aware of why I was feeling so much anxiety. I had created a whole list of pros—but had only generated a couple of cons. As I considered the relative weights of each pro and con, a clear picture emerged. There were many more good things associated with accepting the promotion than there were bad ones.

I drove back to the office and told management that I had reconsidered and would like to accept the promotion to sales manager. It turned out to be a smart move and propelled my career forward.

Fast forward to another time in my life where I had an important decision to make. A friend had previously asked me to join him in starting a new business (offering professional development training). After a year, the business was just not making it, so we had decided to call it quits.

Right as this was happening, I had been asked by the scoutmaster of a local troop if I would go on an overnight camping trip with them and show the scouts and their leaders the stars through my large telescope. I accepted the invitation and ended up having a wonderful time that night showing the group many of my favorite objects in the summer sky.

When the last scout got tired and left for his tent, I put my scope away. I finally crawled into my sleeping bad in the wee hours of the morning to try and get some sleep. Try as I might, I just couldn’t go to sleep, because I had a huge question on my mind. I couldn’t decide whether I should go find a job as a sales professional or start my own business delivering professional development training (my new passion!). Frankly, a part of me couldn’t believe I was even considering starting my own business when my friend and I had just failed trying to create one together—but I was…

I took out my flashlight and rummaged through my pack looking for something to write on. All I could find was an extra napkin from my dinner, so I used that.

I created a t-chart and started to create a list of pros and cons. The rest is history. For the better part of three decades, I have operated my own professional development company!

Just last month, I had another very important decision to make. I had been thinking deeply about this decision for quite some time. I finally admitted to myself that I needed to see things in writing in order to develop some clarity. I pulled out a yellow pad, created a t-chart, and began to list the various pros and cons relating to my situation. My trusted tool once again delivered the goods. When I completed my list of pros and cons and assigned a weighting factor to each, my way forward became crystal clear!

I know that I will return to my old friend—the t-chart—to provide guidance many more times as I proceed with my life’s journey.

Next time you have an important decision to make, I would highly recommend the use of a t-chart to help generate the clarity you need to validate your intuition before taking action.

One thought on “Important Decision to Make? Try This—”