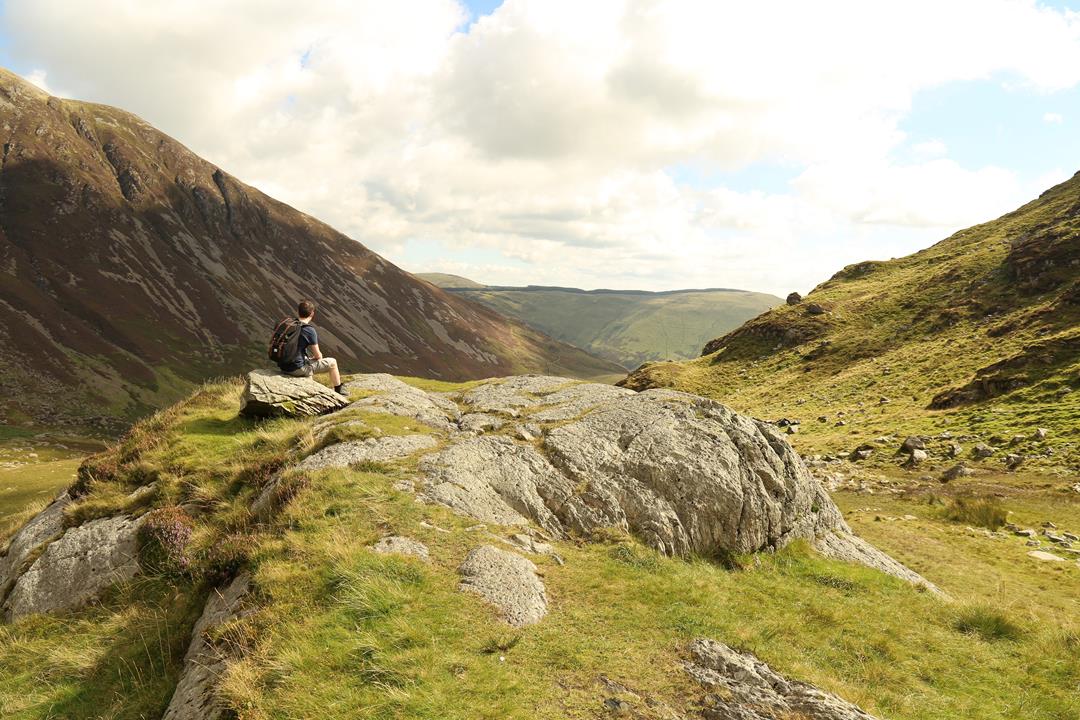 “It is very difficult to break free from the prison of conformity and fixed false beliefs without changing our level of consciousness and awareness.”    -Debasish Mridha

Years ago, as I was commuting home from work, I was listening to my favorite radio program, “Our Changing World,” presented by the late Earl Nightingale. (I actually corresponded with this great man, and later met him, but that is a story for another time.)

The title of this particular program was “What the Mind Believes.” Having studied psychology, I was intrigued by that title and listened more carefully than usual.

Earl Nightingale related a story about a workshop a well-known professor delivered to a group of college educators. During the workshop, the professor posed the following question to the participants: “If all the books on the art of moving human beings to action were condensed into one brief statement—what would that statement be?”

A lively discussion ensued, which lasted several hours. In fact, a small group of the participants was so intrigued by the question that they continued working on an answer long into the night. The next day, they presented their response.

In other words, if you want to understand why people behave as they do, you have to first understand what they believe—beliefs drive behavior.

I was so struck by the profound truth I had just heard, that I momentarily forgot I was driving a car! I pulled over and carefully tried to remember what I had just heard, so I could use that wisdom to improve my life. The following day, I contacted the company that sponsored Earl Nightingale’s radio show and requested a transcript, and they sent me one.

I have pondered the above answer to that long-ago question hundreds of times during my life, and it continues to influence me to this day. For example, I now understand why “communities” tend to produce “clones” of those who inhabit them. Children are taught what the community believes—and only what the community believes. In essence, we are taught “what” to think—not “how” to think. Therefore, children grow up largely conforming to what they have been conditioned to think—for good or ill. If a member of the community dares question the accepted dogma (beliefs) of their community or, heaven forbid, research alternative points of view, they are often treated as pariahs and expelled socially—or even physically. In other words, there is incredibly strong pressure to conform.

“People are not naturally skeptics, wondering if a single one of their intellectual habits can be reasonably preserved; they are dogmatists angrily confident of maintaining them all.” –George Santayana

Obviously, this is great news for those whose aim it is to control others. History is replete with examples—up to the current day—of organizations, large and small, that control people by controlling their access to information, and by carefully explaining how people should interpret the information they are given.

As my life progressed, I began to honestly question things I had been taught when I was young. My questions and subsequent research ultimately led me to change some of my beliefs. Although I felt empowered from learning new truths and gaining new perspectives, some within the various “communities” I interacted with became uncomfortable with the “new” Mark. They preferred the “old,” predictable version—because it was more like them. One such person once said this to me: “Your problem Mark is that you read too much.” I took that statement as a compliment.

As I learned more and more, and as my beliefs evolved, my mantra became “Question everything.” This is where I am today. I am certain that Truth (with a capital T) can stand up to any amount and depth of questioning. It is only falsehood that cannot hold up to rigorous analysis.

I have also learned that the search for truth takes real courage. If you examine what you believe with a truly open mind, you might find that what you have believed is not true. This is an outcome that some people are simply not willing to confront—let alone bear.

We’ve all experienced people who have to have everything their way, because they are so sure that there is only one way to do things—the “right way”—which just happens to be their way.

“Don’t confuse me with the facts. I’ve already made up my mind.”

“My way or the highway.”

Beyond the above humor, there is a darker side to not being open to exploring different points of view, or considering the existence of truths that are contrary to our current beliefs. One such example comes from the world of medicine.

Ignaz Philipp Semmelweis, was a Hungarian physician who, around 1847, discovered that incidences of puerperal fever (childbed fever) could be drastically reduced if physicians washed their hands before delivering children. He was ridiculed by the medical community who thought he was “up in the night.” It is claimed by some that he went mad and died in an asylum because he “knew” that women were needlessly dying because doctors refused to wash their hands before delivering children. How tragic!

Today, we know that Dr. Semmelweis was correct. No 21st Century doctor would even consider delivering a child without first “scrubbing.”

Any person who has ever tried to formulate “actionable intelligence” will tell you how important it is to not depend on only one source of information. The more sources of information you access and the deeper you dig, the more likely it is that you will form an accurate picture of things—and the clearer the logical course of action to take will become.

My challenge to each of us is to always be careful of what we are willing to believe, because our beliefs drive our actions. We should develop the habit of researching and vetting new information before deciding what we believe—especially when it comes to things we are “asked” or “told” to believe. We should develop the inner courage to let the facts take us where they will. We should be willing to forsake current beliefs when we find them to be false. And we should make the search for “Truth” (with a capital T) a lifelong pursuit. May we all use the forgoing tools to help us more fully enjoy this most exciting of all adventures—this thing we call life!

6 thoughts on “Be Careful What You Believe”