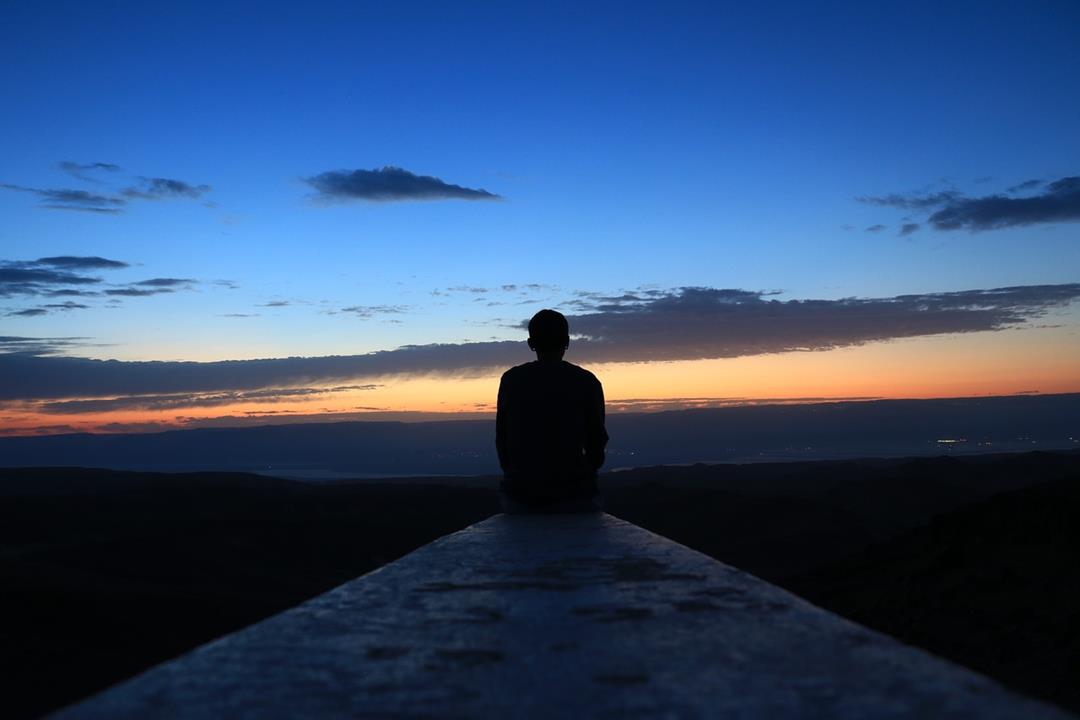 “Many people approach life as though they will live forever on this planet. They get caught up in the day-to-day grind of existence and put off their most cherished dreams for ‘someday.’ I am now old enough to know that ‘someday’ never comes for many people. They wake one fateful day to discover that their lives have passed by like a dream, and they have no time left to do the things they had planned on doing ‘someday.’    -Mark Swain, from Thoughts on Life and Living

Shortly after noon on August 24th A.D. 79, as the 20,000 residents of the Roman resort town of Pompeii were enjoying their daily meal, the nearby volcano, Mount Vesuvius, violently erupted sending a gigantic, miles-high, plume of hot gas, ash, and rock into the blue sky.

The Roman writer, Pliny the Younger, watched the spectacle from across the Bay of Naples, and later described what he saw. “The cloud was rising from a mountain at such a distance we couldn’t tell which, but afterwards learned that it was Vesuvius. I can best describe its shape by likening it to a pine tree. It rose into the sky on a very long ‘trunk’ from which spread some ‘branches.’” Modern-day geologists now describe this type of volcanic eruption as a “Plinean eruption.”

By around 1 p.m. this massive cloud of material had completely blocked the sun, and the ash, now cascading to the ground at the rate of 6 inches/hr., was covering the city. Soon pieces of volcanic rock were raining down with the ash.

As the day progressed, people who had not already left the city were starting to realize their tragic mistake. The constant rain of thick ash was making it increasingly difficult to breathe.

Early the next morning, Vesuvius delivered a “coup de gras” on the remaining injured and dying inhabitants of Pompeii as it unleashed a pyroclastic flow (lava, superheated and poisonous gas, and rock—traveling at speeds up to 100 mph.) that destroyed all life in its path. People died instantly when they took their first breath of the deadly mixture.

About 25 hrs. after the eruption began, Pompeii was covered with about 23 feet of ash and stone. Thousands of people who, the day before, had been alive with dreams and aspirations for success and happiness—and expectations of many more days, months, and years of life were dead.

When I was 14, I awoke on the morning of August 22, 1970 with intentions of enjoying the last few days of summer before the start of a new school year. Unfortunately, the day didn’t turn out as I had planned. My parents received a call that changed our lives. They were informed that my grandfather, C.H. Manning, had just died of acute sepsis as the result of a rupture in his intestines. He was 62.

C.H. Manning was a brilliant man. He was an engineer and worked for the government on defense-related projects (Manhattan Project, NORAD’s Cheyenne Mountain complex, etc.). He was a very dedicated and conscientious employee. He rarely ever took time off from work—even for vacation. Even when we visited him at his home in Colorado, he always seemed to be at work. He won many awards from the government for his service to our country. 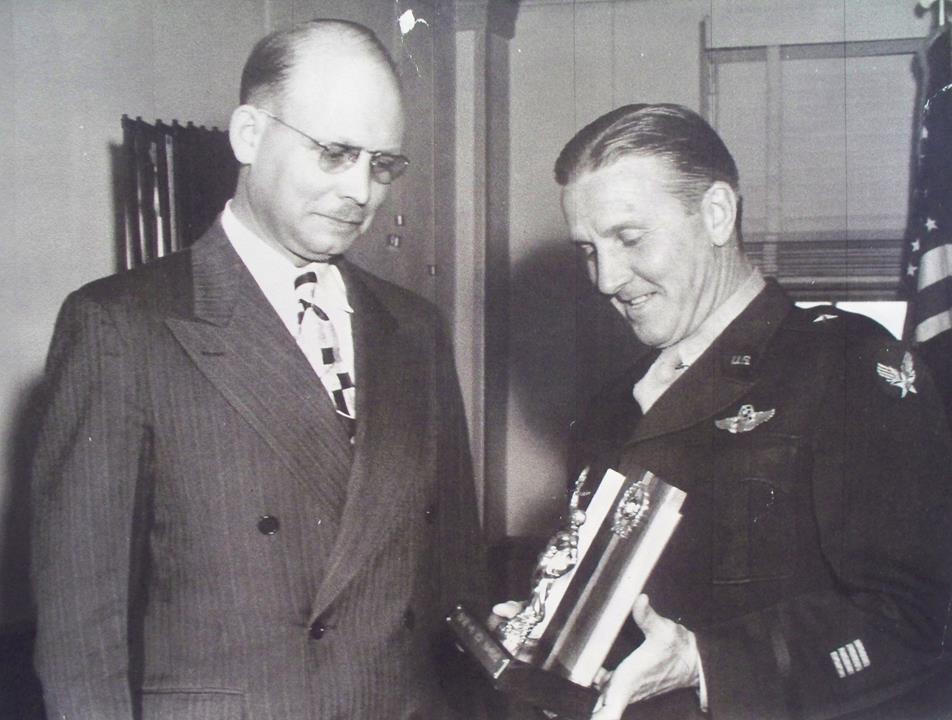 Grandpa had been looking forward to retiring in the near future. He had started preparing for the traveling he and my grandmother had planned to do by purchasing a new car. He had also purchased fishing tackle so he could get out and enjoy the great outdoors. He had purchased art supplies so he could return to drawing which he had enjoyed so much in his youth. He had acquired a set of the Harvard Classics, so he could digest the wisdom of the ages. My mother can remember grandpa saying to her, “When I retire, I’ll never be bored. I have so many things I want to read.”

C.H. Manning never got to enjoy doing all the things he had saved for retirement…

When my grandmother later gave me a small box of my grandfather’s earthly positions, she told me that my grandfather would have wanted me to have them. The box contained some of his engineering tools, some art supplies, and a few books and notebooks. I have treasured those things to this very day. In fact, the pens, inks, and papers gave me the tools I needed to start rendering the world around me in pen & ink. (My pen & ink drawings now hang on walls in homes and businesses in many parts of the world. Thank you Grandpa Manning.) 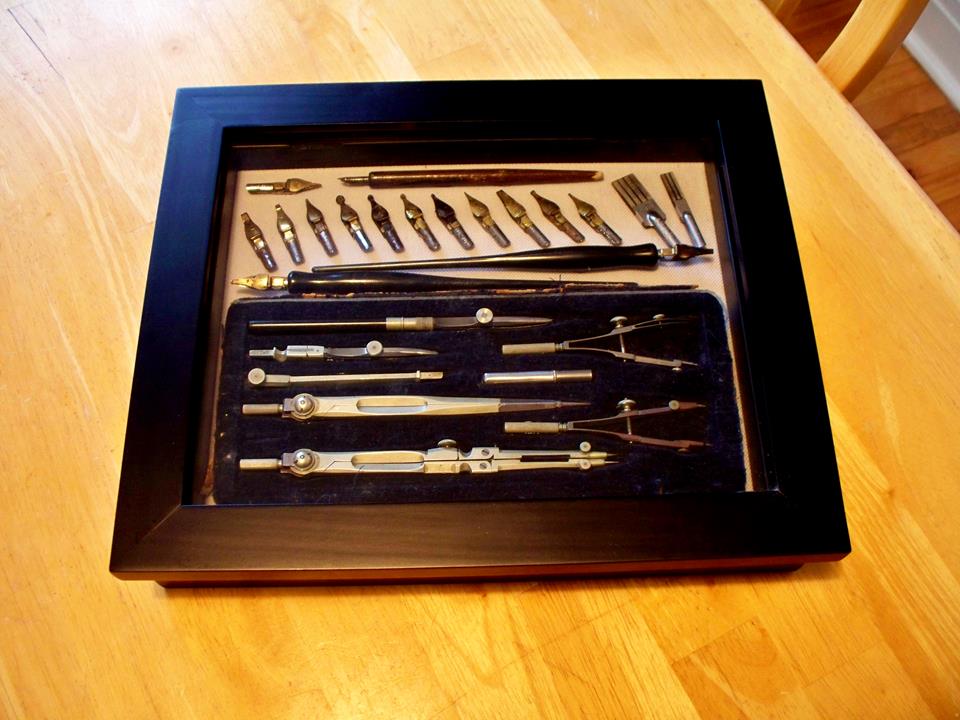 As the residents of Pompeii awoke on that fateful, August morning almost 2,000 years ago, probably none realized that that would be their final day on Earth—but it was…

My grandfather, C.H. Manning, thought that he had many years of retirement, just ahead, during which time he could do all the many things he had put off enjoying until “someday.” On a fateful, August morning in 1970, we learned that he had been wrong…

Anciently, the citizens of Pompeii adopted an Epicurean maxim for their city motto. Variations of this motto were found on objects in the city when it was excavated. This particular variation was found inscribed on a wall in one of the buildings:

“Enjoy life while you have it, for tomorrow is uncertain.”

How ironic is that?

My grandfather’s sudden death made a tremendous impact on my young life. Learning about all the things he had planned to do when he retired made me feel sorry for him. It seemed cruel and unfair that he had worked so hard and never been able to really enjoy the fruits of his labors.

I made a determination that I would not live my life the way my grandfather had lived his—waiting for “someday” to engage in and enjoy many of the things he was most interested in. I decided that I would try to live a more balanced life—working hard and playing hard. I decided that I would make time along the way for all the many things that I enjoyed and that fascinated me. I even hung one of my grandfather’s pen & ink drawings on my wall to help me remember my lifelong commitment to balanced living. 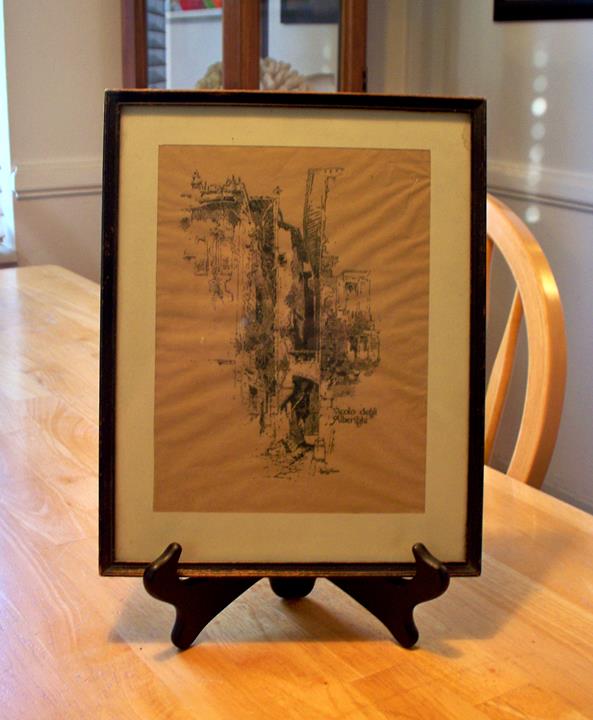 Looking back over my life, I think I’ve done a pretty good job at balanced living so far. Can I improve? Of course I can. However, I can tell you honestly that if I died today, I would have few regrets in this area.

So, for what it’s worth, I highly recommend committing to living a balanced life. Decide what you want out of life—in all areas. Write down your goals and aspirations and have the courage to pursue the things you love. I believe this is the kind of life philosophers have encouraged us to live throughout history. They understood that merely “existing” is not the same as really “living.”  Really living is having a life plan and pursuing it with all your heart. And lastly, to help you keep your commitment to balanced living, remember the wise advice some knowing soul inscribed on the wall of a building in Pompeii almost 2,000 years ago:

“Enjoy life while you have it, for tomorrow is uncertain.”