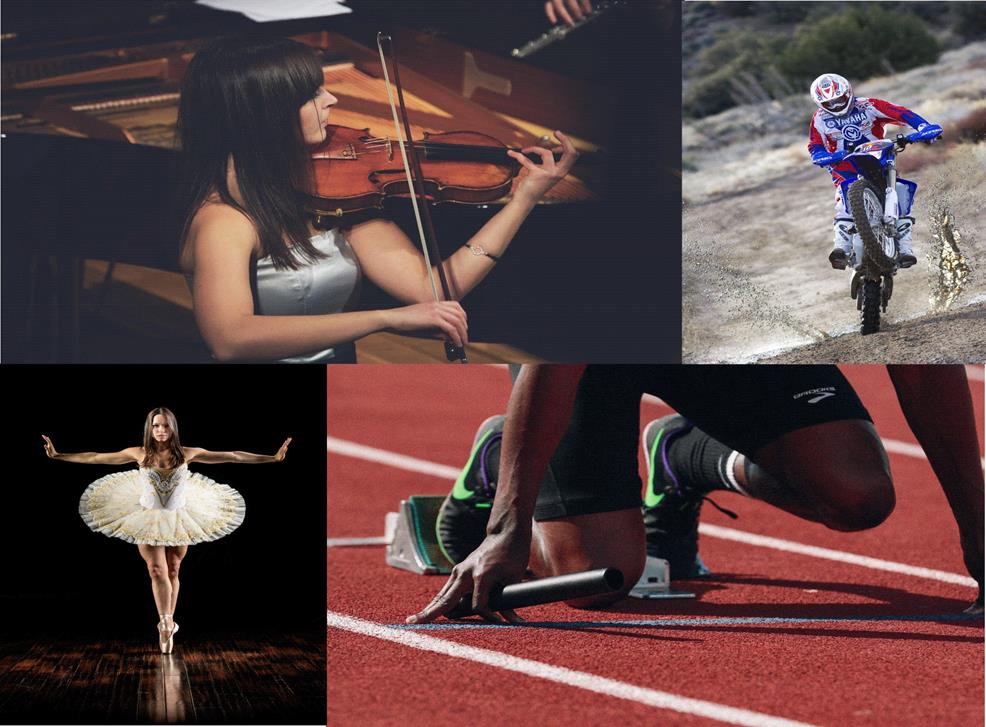 “Fear defeats more people than any other one thing in the world.”
-Ralph Waldo Emerson

Because I’m a professional speaker and workshop facilitator, people are always asking me, “Do you ever get scared before you walk out in front of an audience?” Well of course I do! I can vividly remember the first time I delivered a keynote address to over 1,000 people. As the host was reading my introduction biography to the audience, I was managing my fear. Then I heard the words, “Please help me welcome Mark Swain”—(Loud Applause). Time to “stand and deliver,” I thought, as I walked out into the spotlights…

Now, some of you might be thinking that I was able to do that simply because I’m a good speaker and, therefore, speaking in front of a group doesn’t make me as nervous as someone who isn’t as good at public speaking. That may be true to a point, but there is a very important fact I want to cite here. Just because someone is good—even great—at something, it doesn’t mean that doing that “something” doesn’t make them nervous. On the contrary, every person who develops their skills—in any area—to the highest level has to overcome fear—particularly the almost universal “Fear of Failure.”

This may come as a surprise to some of you, but when I was a 14-year-old boy, one of my piano teachers (a professional musician) told me and my parents that I had the talent to become a world-class, concert pianist. Shortly after telling us that, he went on tour with a band and entrusted me to one of his colleagues. I immediately begged her to allow me to learn my favorite piece of “classical” music, Sergie Rachmaninoff’s Piano Concerto No. 2 in C minor, Op. 18.

In spite of my proven ability, she wasn’t sure I was ready to tackle such a piece (30+ minutes to perform and extremely technical). After consulting with some of her trusted friends, she decided to let me try. I put my heart and soul into learning that piece—then, gradually, other interests pushed dreams of piano greatness aside (which turned out to be a good thing for me). Incidentally, I still enjoy playing keyboards to this day, and I have been known to perform during keynotes and workshops…

During those years as an accomplished, young, piano player, I performed many times—sometimes in front of hundreds of people. On one such occasion, I was performing a popular song on a beautiful grand piano. Not long into the performance, it occurred to me that I couldn’t remember the last half of the song. (In those days, I regularly memorized pieces and performed without music.)

I started telling myself to calm down and “stay in state,” and that when I reached the “wall” I would remember. I continued to play like nothing was amiss, and then I hit the wall. I couldn’t remember another note. As I sat there, all alone in front of that crowd, I wondered how to gracefully deal with such a disaster. I was embarrassed—humiliated.

After about 10 seconds of utter silence, a couple of people in the very back of the auditorium broke out in laughter. Their laughter washed over me in a much unexpected way. I could actually see the humor in my situation, so I started laughing with them! Then, I saw a way out. I stood up and took a formal bow. The whole audience erupted in healthy laughter.

I learned an incredibly important lesson that day—a lesson that has served me well my entire life. I learned that even if my worst fear materialized, I COULD HANDLE IT! I had completely blown my performance, but I had been able to laugh about it. When the event adjourned, many people approached me, patted me on the back, and said things like, “I’m sorry about what happened up there. We all know what a great pianist you are. It was just an anomaly. You’ll do better next time.” And you know what, I did do better next time—and the next, and then next. Fear of messing up in a performance no longer held me hostage, because I knew deep inside that I COULD HANDLE IT if it ever happened again.

Folks, here is another one of life’s great truths. If you want to do anything on the “larger stage” of life, you have to risk failing—and failing big. You simply cannot ascend to the “lofty heights” in any discipline unless you are willing to fail. It simply isn’t possible to achieve at the highest level without failing—sometimes many times—and big. Failure is actually a factor in the formula for success. From our failures, we learn important lessons that help us improve in ways that would be quite difficult otherwise.

When I first became a manager early in my career, I became a voracious reader of “success” literature. I wanted to perform well as a manager, so I did everything I could to learn how to accomplish that goal.

One day, I came across a book titled “Peak Performers—The New Heroes of American Business” by Charles Garfield. Mr. Garfield had served as a mathematician during the Apollo missions. After Armstrong and Aldrin walked on moon and returned to Earth, Charles Garfield noticed that a wave of depression overtook many who had worked on the “moon shot.” Obviously, this wasn’t widely reported in the media, because it would have distracted from the successes of the space program.

Charles Garfield realized the reason for the depression was the mantra “mission accomplished.” Thousands of people had worked for close to a decade to send men to the Moon and safely return them to Earth. Now, these people were thinking to themselves, “How do I top that?” Such thoughts led to the wave of depression.

Mr. Garfield was so moved by this phenomenon that he quit his job as a mathematician and returned to school to pursue a Ph.D. in the behavioral sciences, so he could help people maintain what he later termed “Peak Performance.” He is now famous for his trilogy on attaining peak performance for individuals (the aforementioned book, Peak Performers), for teams (Team Management), and for organizations (Second to None).

As I read Peak Performers, and subsequently listened to his speeches, one of the stories Charles Garfield told resonated deeply with me because of my aforementioned experience as a young pianist.

He related how an executive once shared with him his personal strategy for addressing the fear of failure. This man told Mr. Garfield that whenever he contemplated taking a big chance on something, he would imagine the worst possible scenario that could happen if his efforts “went south.” Then he would simply ask himself this question: “Could I live with that outcome?” If the answer was yes, he would proceed. If it was no, he would not proceed. Charles Garfield later described this tool as constructing a “Catastrophe Report” before making important decisions or taking big chances.

“Wow!” I thought. That’s exactly what I learned to do after my disastrous piano performance years ago. Over the intervening years, I have used the technique of constructing a catastrophe report before making important decisions or taking big risks. It’s funny to think back and realize that I have almost always decided to move forward and take chances in life. I’m happy to relate that my catastrophe reports have rarely materialized. Even when they have materialized, I was none the worse for the wear, and I went away with more important lessons and insights.

In a future blog, I will share more of the tools I use to address my own fears—and help others address theirs ( I could actually write a book on this…). For now, I encourage you to construct a catastrophe report next time you are faced with a big decision or when you are contemplating a risky course of action. The output of your catastrophe report just might give you the courage to face one of the strongest fears we humans face—the fear of failure.

“Do the thing you fear, and the death of fear is certain.”
-Ralph Waldo Emerson

4 thoughts on “Walk Right Through Your Fear—Show the World What You’ve Got!”