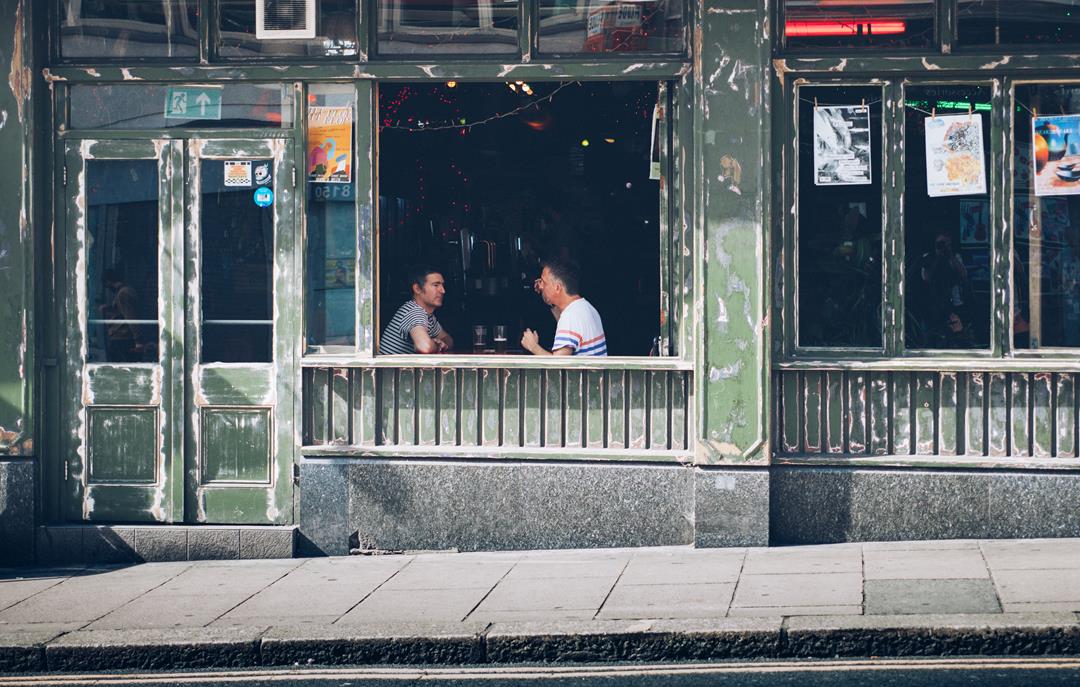 “There is no greater agony than bearing an untold story inside you.”
-Maya Angelou

When I started my professional development company years ago, the first course I created and offered to companies was Creating and Delivering Professional Presentations. (This course remains one of my most popular offerings.) Because I had been an undefeated speaker as a member of Toastmasters International, that seemed a logical place for me to start. 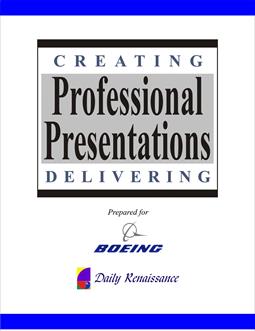 Incidentally, speaking in front of a group can be traumatic for some people. Approximately 25% of people report experiencing a fear of public speaking or “Glossophobia.” Because of this fact, I ease people in my presentations workshops into presenting. For the first presentation, I simply pair them up with another participant and instruct them to interview each other so they can introduce their partner to the class. This way they don’t have to start by talking about themselves.

During one workshop, I had just given the participants the instructions for the above activity and was sitting at my table in the front of the room enjoying what us trainers call “happy noise” as everyone was engaged in the interviewing process.

It wasn’t long before I heard one voice rising above all others in the room, so I tuned in. It was a guy in the back of the room trying to get his partner to speak. “Dude, you’ve got to tell me something—anything—about yourself. I have to stand up in front of the group and introduce you. I don’t want to look like a fool.”

I giggled to myself and thought, “I can’t wait to hear that introduction.” Well, as luck would have it, that partnership was the last to introduce each other. After they walked to the front of the room, the guy I had heard admonishing his partner began his introduction with a laugh. “You guys aren’t going to believe this story. When I finally got Jim (not real name) to speak, here’s what he told me.” (All the people in this particular workshop had worked together for about 15 years—they supposedly knew each other.)

He said, “Well, there was this one thing I did years ago that maybe someone would find interesting. Remember when we went to the moon—Apollo 11? Well, behind the decent ladder on the pod leg of the Lunar Excursion Module (LEM) that took Neil Armstrong and Buzz Aldrin down to the Sea of Tranquility was a plaque. It read, ‘HERE MEN FROM THE PLANET EARTH FIRST SET FOOT UPON THE MOON July 1969, A.D. WE CAME IN PEACE FOR ALL MANKIND.’  I made that plaque.” The whole room erupted with laughter and incredulous remarks. After about 15 seconds, the commotion died down, and one of Jim’s female coworkers turned to him and said, “Jim that is so neat. I didn’t even know you had worked in the space program, and here you tell us you made that historic plaque. Why haven’t you told us these things before now?”

Jim’s answer to his colleague’s question provided an “epiphany” learning moment for me, the facilitator. He said, “No one ever asked.”  “Wow!” I thought. I started to wonder just how many informative and inspiring stories people in this world were keeping to themselves—and why. I didn’t have to think very hard before I figured it out.

In many cultures, children are taught to not even speak to an adult unless first spoken to—how stifling—how cruel. Unfortunately, many people generalize this directive and carry it into adulthood.

Years ago, my wife and I had been invited to an old classmate of mine’s home to dine and catch up with him and his wife. My friend and I were casually talking while our wives were finishing up preparation of the meal in the kitchen. All of a sudden, my friend’s six-year-old son approached me holding a drawing he had just completed in his room. (His father had previously told him that I was an artist.) Just as this little guy started explaining his drawing to me, my friend cut him off and loudly exclaimed, “Johnny (not real name), you don’t always have to be the center of attention, now scat!”

I didn’t want to countermand my friend’s instructions to his son, but frankly, I was offended by his unkind behavior. As the evening proceeded, I discovered that my old friend was the one who had a huge need to be the center of attention.

Another reason we don’t tell our stories is also cultural. We are often told, from a young age, not to talk about ourselves. Think about this for a moment, and the absurdity should present itself. How on earth do we find people of a like mind or with common interests if we can’t talk about ourselves? As a result of this early conditioning, people are reluctant to say anything about themselves because they fear being labeled a braggadocio. How pathetic is that?

One place I’ve seen this conditioning really hurt people is when they write a resume. They leave off pertinent facts, that could separate them from other candidates, because they don’t want to be seen as; you guessed it, a braggadocio. Talk about a prescription for failure in a competitive contest!

For example, I had one woman in a job search workshop ask me, “Mark, I was an ‘All American’ gymnast at the University of Utah. Should I put that on my resume?” Well of course she should! The two words “All American”—in any sport—say so much about your character to a potential employer. She didn’t have it on her current resume because she didn’t want to be a…braggadocio. Come on folks this is madness!

Another reason we don’t share our stories is because we have become too busy. We are so in a hurry going here and there or doing thus and such, that we don’t make time for human interaction like we used to. How sad. Just think of the knowledge and wisdom people have to share through their stories that could inspire or even transform our lives. Many people are missing out.

I was so profoundly moved by that Apollo 11 plaque story, years ago, that I made it a tradition to start every workshop I teach—regardless of subject—with an introduction exercise, where I ask the participants to tell the class four things about themselves. Number three is: Tell us about an interest that you are passionate about. Even though I instruct participants to take “a minute or so” to tell us about all four things, some are so excited that they finally get to tell their stories, that I have to politely cut them off after three or four minutes. I’m never surprised when I have to do this. In fact, I “grin” in my heart. Perhaps I’m the first person who has ever asked them to share their story.

I’ve made a lifelong habit of encouraging people to share their stories with me—wherever I go. And they have. I could tell you about:

-The man who left his job as a successful Wall Street Banker to run his own sail and snorkel business in Hawaii.

-The brave and humble man who flew over 1,000 combat sorties over Viet Nam and lived to talk about it.

-The woman who retired as a surgical nurse and subsequently became a notable artist.

-The man who taught me how to build high-performance automobile engines, because I showed a genuine interest in his abilities and the story of how he got started. 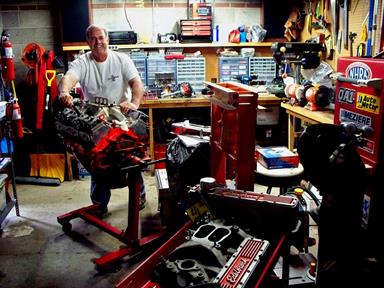 I have heard hundreds of stories just as interesting as these. My life has been enriched in countless ways because I’ve made it a habit to ask people to tell me their stories. As a side benefit, I have also become a more patient person as I’ve learned to slow down and listen to other people—some who talk slow and deliberate.

My challenge to each of us is threefold. 1. Encourage others to share their stories with us. 2. Make time to listen to those stories—practice being patient. 3. Be willing to share our stories with others. Who can tell what positive impacts other people’s stories could have on our lives? Who can tell what positive impacts our stories could have on the lives of other people?

So what is your story?

Through his company, Daily Renaissance LLC, Mark offers a workshop, Creating and Delivering Professional Presentations, to help presenters of all levels improve and practice their skills.

2 thoughts on “So What’s Your Story?”