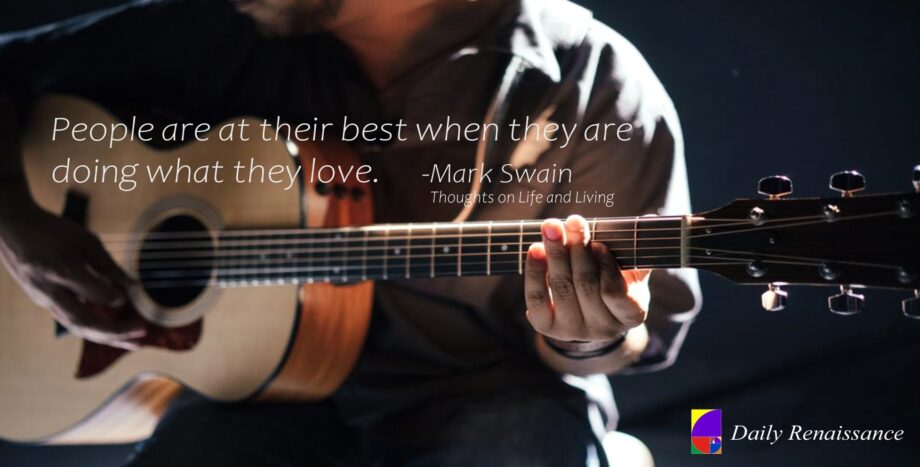 Years ago, I was working with a man who had been serving as a VP of HR and had been downsized (I’ll call him Bill). I asked him what he wanted to do, career-wise, going forward. Bill leaned forward with his elbows on his knees, rested his head in his hands, and with a sense of resignation said, “Well, I’ve been in human resources for the past 25 years. I guess I’d better find another job in human resources.”

I couldn’t help myself, so I started to giggle. My response got him giggling as he exclaimed, “I guess that wasn’t very convincing, was it?”

I responded, “Not only was it not ‘very convincing,’ but you didn’t answer my question, so I’ll ask it again. What do you want to do, career-wise, going forward?” I pointed out that the operative word was “want.”

Bill sat up, leaned forward, and with a bit of animation said, “You mean if I could do anything I wanted to do—what would that be?”

I replied, “That’s the question.”

I’m not trying to be flippant here, but have you ever watched a person go from a depressed state to one of near euphoria almost in an instant? Well, with all the animation he could muster, Bill exclaimed, “Oh, I ‘d be a pilot! I am a licensed flight instructor, I own two airplanes, I spend my free time at the airport, I love the smell of aviation fuel…”

When I had heard enough (I was openly laughing at this point), I gave him the time out signal with my hands. Then, I looked him squarely in the eyes and said, “Bill, I’ve got a really simple question for you. Why haven’t you been working as a pilot?”

Bill resumed his crestfallen expression and said, “That’s not realistic.”

I replied, “Not realistic? Who is flying all of the planes I see going across the sky every day? A lot of people out there must believe that working as a pilot is realistic.” Well, I sent Bill away with one homework assignment—to seriously look into the possibilities of becoming a pilot for a living.

A couple of weeks passed, and I received a phone call from Bill. Filled with emotion, he said, “Mark, I want to thank you for giving me permission to live the life I should have started 25 years ago.” He went on to explain that he had found a job as a freight pilot—flying the same rout every day, sleeping in his own bed every night, and making more money than he had ever made working in human resources.

I heartily congratulated Bill and wished him much success and happiness in his new adventure. Afterwards, I sat thinking, “Who am I to give you permission to live life on your terms?”

Friends, I’ve worked with thousands of displaced workers over decades, and I can tell you from experience, that it is possible to make a good living doing what you really love to do. Is it always an easy path? No, but I’ve seen hundreds of people get real with themselves and make career corrections that enable them to do work they are good at, make a good living, and, most importantly, enjoy their careers!