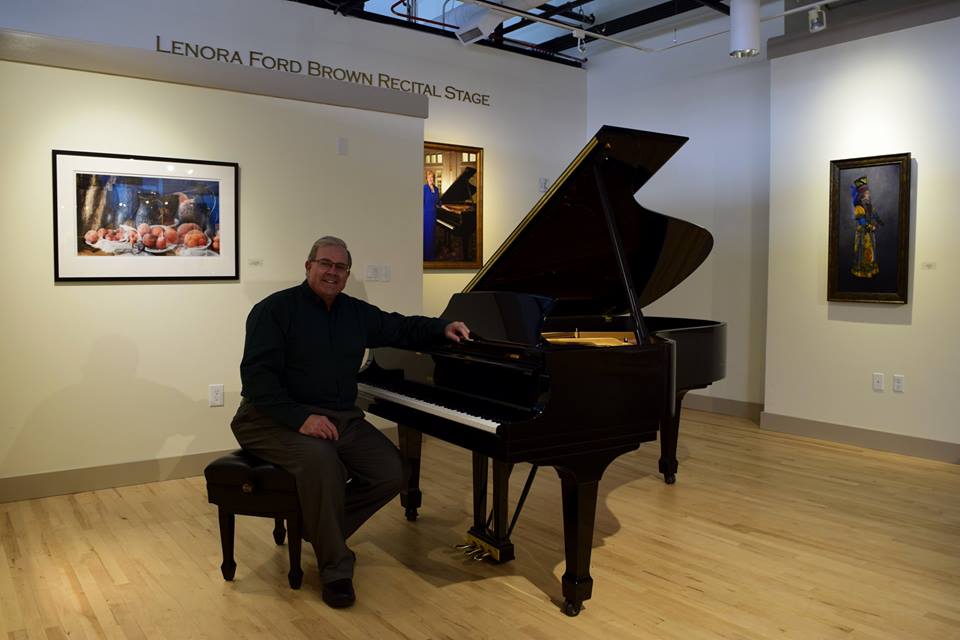 Mark loved music from an early age, but things really took off at a Christmas party in the early 60’s. There was a man playing background music on a new Hammond organ, and Mark was fascinated. Mark recalls:

“The man was alternating between Christmas music and popular favorites. He started playing a hit song (Moon River) from a movie, and I was transfixed. I determined then and there, that I would learn to play the keyboard, so that someday, I could play like that man (I was seven years old).”

“I begged my parents to get me a piano until they relented. I then started taking weekly piano lessons, and did so until I was a sophomore in high school. My teacher wanted me to dedicate my life to the piano and become a concert pianist, but I had too many interests (thank heavens!).”

Mark was also heavily involved in various choirs through his school years. After his marriage, he became a member of Salt Lake City’s Jay Welch Chorale. The highlight of that experience was singing at the inauguration of a Utah Governor.

When Mark graduated from the University of Utah, he treated himself to a new guitar. Since then, he has spent many happy hours teaching himself how to play it.

For a number of years, Mark ran his own one-man-band business, “Creative Keyboards,” where he played for corporate events, parties, receptions, etc. To this day, he still plays an event here and there, and also volunteers at a number of venues to bring music to those who need some hope and cheer.

To the delight of his audiences, Mark often employs music in his workshops and keynote speeches–even sharing his own compositions.

The picture shows Mark at one of the venues where he has performed.