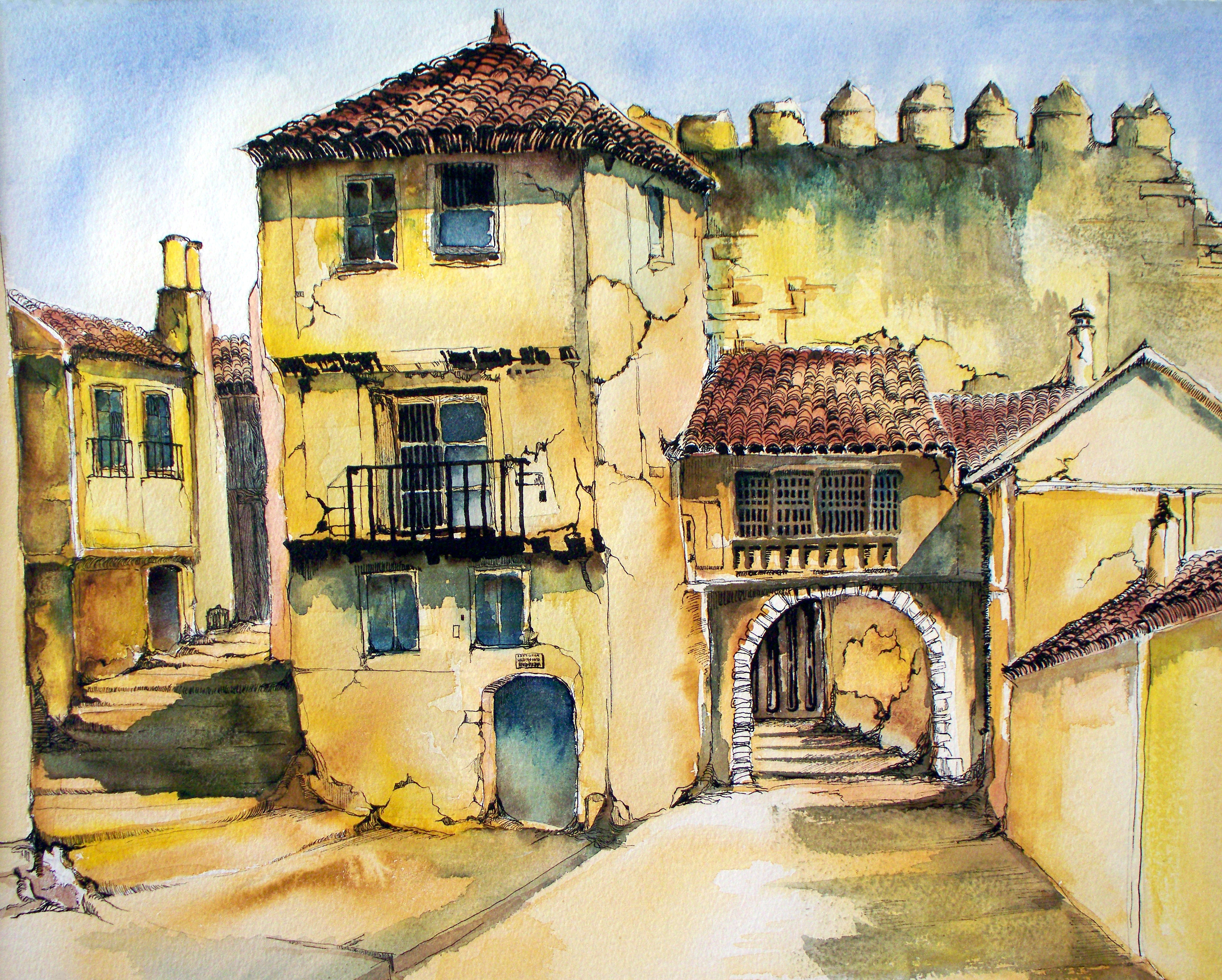 Mark has been drawing and painting since he was a young boy. His parents sensed early on that Mark made sense out of the world by “drawing his experiences.”

When his maternal grandfather passed, Mark inherited his art equipment, including his pens and India ink. Mark started drawing European castles in ink.

It was in high school, where his art teacher introduced him to watercolors that Mark’s “art career” took off. He won many awards including a gold medallion from the shows he entered. He was offered an art scholarship, but chose to stay closer to home and attend the University of Utah.

Mark has continued to draw and paint his whole life. He has sold numerous drawings and paintings that now adorn the walls of offices and homes both domestically and internationally. He currently sells both originals and fine art prints of his watercolors, pen & ink drawings, and acrylic paintings. The painting featured here is titled: “The Gate of San Andreas.” Mark painted this watercolor in high school.